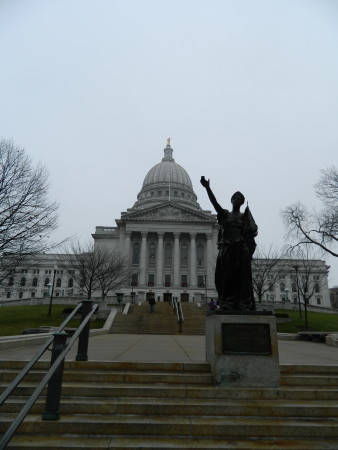 Madison seems more like a sprawling University, with a city within its borders, than the Capital of Wisconsin. The massive campus melds into the city, making it hard to delineate between this institute of higher education and urban environment. Whether you plan on traveling to Madison for a tour of the campus as a prospective student, or decided to take the two hour journey from Chicago, you must experience these five things before you leave the city.

There is nothing more Wisconsin than cheese curds, dipped in beer batter, and deep fried, with a side of ranch dipping sauce. These delightful little treats are delicious, gooey, and decadent, and it will be hard not to find these in a restaurant in Madison. There are some variations on these traditional dish, some using goat cheese, but the original consists of cheddar curds straight from the dairy farmers of this state. Enjoy this as a side with your meal or an appetizer with friends, and don’t be ashamed to order a second plate. 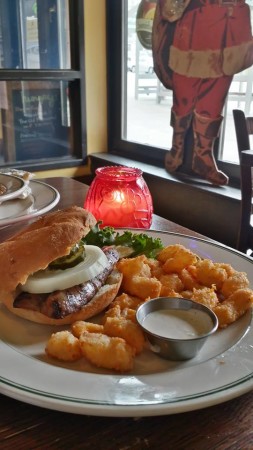 Wisconsin, like many northern states, enjoy bars, taverns, and breweries to help whittle away the cold dark winter months. Wisconsin, enjoying over 70 craft breweries and brewpubs in the state, is home also to the Miller Brewery and was once home to the iconic Pabst Brewery in Milwaukee. Madison, with a population of 243,344 people, is no exception to this, and contains 13 breweries and brewpubs within the city limits. Take a tour of any of these breweries, belly up to the bar at any brewpub, and enjoy a few pints. Also, craft beer seems to be cheap in this state, and we were pleased to notice the reasonable prices of good tasting ales. These malty concoctions and hop laden beers are sure to please the palate of any beer aficionado.

Directly across the street from the State House, sits The Old Fashioned Tavern and Restaurant, a wonderful gem of traditional Wisconsin hearty fare. This restaurant serves good food in a true old fashioned atmosphere with Hamm’s beer signs and Blatz clocks hanging on the walls. Old photographs of Wisconsin hang on the wall, and this restaurant evokes images of olden, simpler, better days, when no one cared about the amount of fat in their food. With 52 beers on tap and their own Old Fashioned House Brew, a bock beer at only three dollars, this restaurant is sure to be a favorite of anyone visiting town. If you are there on Friday, check out the fish fry, a Wisonsin favorite, and seriously, don’t forget the cheese curds. 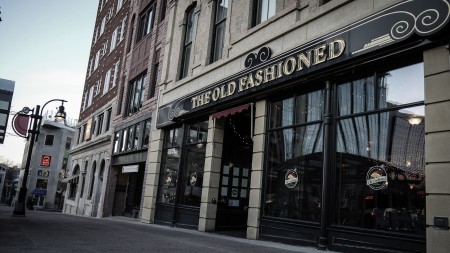 Resting on the languid shores of Lake Monona sits one of Frank Lloyd Wright’s creations, Monona Terrace Convention Center. This controversial building was designed by Frank Lloyd Wright twenty-one years before his death at the age of ninety-one, but due to complications with planning, development, and stubborn city councils, he never saw its beginning or completion. Proposed by the famous architect himself in 1938 he saw this project as a shining jewel in his architectual empire. Completed in 1997, the architectural plans for this gem had gone through many alterations and was beset by political difficulties, but in the end, the city of Madison was graced with a treasure, many years after the master himself had passed. Today guided tours are available, and during the winter months, on Saturdays, a grand farmer’s market moves indoors at this location. If that doesn’t suit you, climb to the top terrace and enjoy a view of the calm waters of Lake Monona on a serene morning, in the tranquil atmosphere, just as Frank would have wanted it. 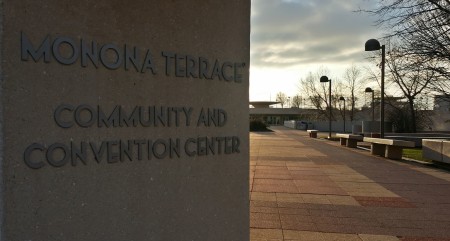 The Wisconsin State Capitol sits atop a gentle hill, with its grand statue “Wisconsin” reaching high toward the sun, atop its green copper dome. This absolutely stunning building is an incredible example of beauty in architecture, built by the fortunate taxes accrued from the railroad industry in the early twentieth century. This being the third Capitol building in the state of Wisconsin, I cannot imagine a more staggering example of artistic design. Take the one hour tour of this building, and you will not be disappointed by the docent’s amazing ability for recall of historical knowledge and the gorgeous halls, chambers, murals, and ornamentation of the Wisconsin State House. 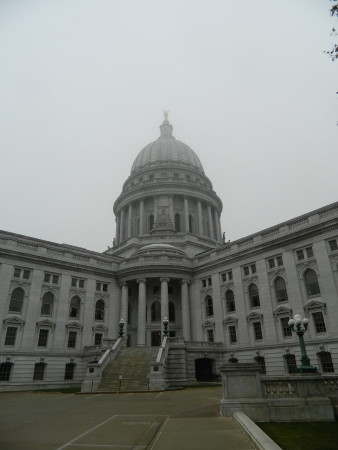 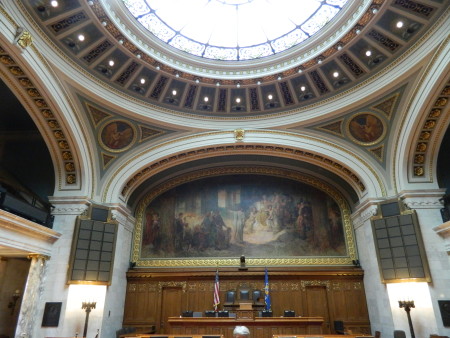 David Jester lives in the Midcoast region of Maine. He received a masters degree in American and New England Studies from the University of Maine. David is a full-time firefighter/paramedic and writer, who maintains another blog www.firefighterwithapen.com. He travels the world, but chooses locales that many would never consider for vacation. The world is full of many different and unique places, why not see them all?

Looking for a healthy a taste of winter? Try pine needle tea and cranberry smear

Looking for a healthy a taste of winter? Try pine needle tea and cranberry smear